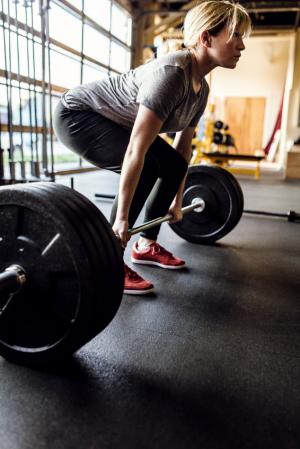 Admittedly this sounds like a cheesy sci-fi term, but it’s your inflammasome that you can alter with diet or exercise, and thereby reduce inflammation in your body overall. Since inflammation is associated or known to be causal with almost any chronic illness, reducing inflammation is a great thing. Research described in the February 16th online edition of Nature Medicine identified the anti-inflammatory agent as beta-hydroybutyrate, or BHB.

BHB is one of three substances, called ketone bodies, produced by our cells when we are low on our usual food source and start burning body fat for fuel. BHB levels go up in situations of starvation, calorie restriction, high intensity exercise, and in the low-carbohydrate ketogenic diet. It has previously been known that prolonged fasting reduces inflammation, but the mechanism was not identified.

The “inflammasome” refers to those processes which acting together provoke inflammation. Certain agents are known to stimulate those processes, but in the presence of BHB, the inflammatory response doesn’t happen. The other ketone bodies, or different forms such as plain butyrate, are not effective in the same way.

Great news, because of the variety of ways to stimulate production of BHB: high intensity exercise is available to anyone. Whatever is high intensity for you, will result in BHB production. The low-carb ketogenic diet has many therapeutic benefits, but can be difficult to “get right.” I have seen best results with people who establish a ketogenic response over 4-8 weeks, and thereafter aim for ketogenic days, one to two a week.

You can read Science Daily's discussion of the research here.

Related Articles:
Do I Need to Exercise?
Gear Up for Exercise
It's Not About the Exercise!
DEBORAH'S BLOG
Mixed Emotions

Do I Need to Exercise?
If you received last month’s newsletter, you might have noticed a tiny sentence, tucked at the top, suggesting that exercise is not particularly useful for weight loss, a statement that had many folks scratching their heads and wondering about the... [read more]
Gear Up for Exercise
It was not long ago - Medical School, late 1970's - that medical students were expected to enjoy their lunchtime run, but no concrete scientific evidence confirmed any health benefits to exercise. In fact, a physician once herded students from the... [read more]
It's Not About the Exercise!
News story in the headlines this week: concurrent with our ever increasing national waistline, we are indeed following the conventional medical advice. We are exercising more at the same time that we are weighing more!