What is TMAO Anyway? 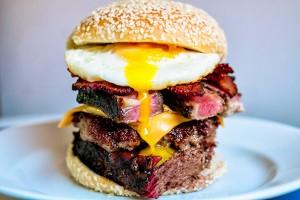 Twice over the last month, articles in the general media have reported that the link has been found between certain foods (red meat and eggs) and heart disease, as if that causation is known and undisputed. The real “behind the headlines” story is that the titles of the articles and the impact of the actual science seem quite far apart.

Scientists found that after eating eggs or red meat, the choline and carnitine in those foods are metabolized by intestinal bacteria causing the liver to increase its production of TMAO, or trimethylamine N-oxide. In a completely different context it has been shown that high blood levels of TMAO are linked to increased risk of heart attack and stroke. In the NY Times the recent research was reported with the titles, for eggs: “Eggs, Too, May Provoke Bacteria to Raise Heart Risk”and for red meat “Culprit in Heart Disease Goes Beyond Meat's Fat”Even more confounding this month was another study which showed that the same carnitine is known to help people recover from heart attacks. Leaving one in the confusing position, were one to formulate their meal plan from these articles, of avoiding red meat until you had a heart attack, and then eating more of it?

The problem with the general media conclusions is two fold.  The writers in the Times demonstrate first a persistent adherence to the now disproved worries about red meat and eggs, and secondly a confusion among different levels of research.

First about the mistaken headlines: the media reports would not be written as they were if the authors were not still under the delusion that eggs and red meat are accepted as a cause of heart disease. In fact, the NY Times never has anything good to say about red meat! Searching “red meat” on the NY Times site, one finds no evidence that red meat could possibly be part of a healthy diet. The headlines in both of these articles reinforce conclusions that have now been disproven, namely that eating red meat and/or eggs is somehow a risk factor for heart disease.

Both of these associations have actually been carefully studied. And as it turns out, “a decade of epidemiologic studies indicates that eggs and dietary cholesterol are not significant factors in heart disease risk.”

So now we have two observations to reconcile. Eggs appear to raise your levels of TMAO and TMAO is associated with heart disease. Yet eggs themselves are actually not associated with heart disease. So now we have to ask what is it about eggs that must be protective for the heart? What in them is protecting us from the observed hazard of increased TMAO levels? In fact, it may turn out that eggs are a super-food for hearts, protecting us against heart disease in spite of the higher TMAO levels following a good omelet.

My second comment is a more general observation that a certain amount of confusion exists about the different levels of scientific observation. Four come to mind, there are probably more.

Mechanisms of action. The current research in question is looking with careful attention at isolated mechanisms elicited when certain foods are eaten. The authors of the different studies were actually quite interested in the contribution of gut flora to the production or lack of TMAO following the ingestion of typical TMAO stimulants, such as eggs or red meat. They applied antibiotics to alter the gut flora, raising further questions: what happens in the gut flora of (at least some people who are) meat eaters? How can that be altered in good and bad ways? Great questions.

General knowledge. General knowledge steps back from isolated mechanisms and looks around at what else we know. For instance, many foods elicit a TMAO response, including green vegetables, halibut and cod. The research scientists might also test whether the changes in gut flora affect TMAO production after eating cod or halibut.

RDBCT. OK, if we really do want to know whether a food causes a problem we have to subject it to a randomized, double blind, controlled trial, or a “RDBCT”. These are expensive and difficult to run, but they are our best attempt at clarifying issues of causation. Yet even RDBCT's turn out to yield different results at different times. It is very difficult to determine true causation.

Epidemiology. Because it is difficult to manage RDBCT's with people, their eating habits and their risk of chronic disease, we rely instead on observations gleaned from epidemiological studies. In such studies populations are selected that eat a lot of red meat or populations that eat a lot of eggs, and followed to see if they really have a lot of heart disease, as an example. When these studies have been done, for these foods, at this time, we do not see a consistent association between greater consumption of meat or eggs and heart disease. If you are also wondering about food quality, as I consistently stress on this site, the valid research is even more rare, and likely historical in nature. Contemporary meat eaters consume a quite different meat product than rural populations who grew their own meat a century ago.

So, all that said, the TMAO articles are really about the interaction of foods eaten and certain molecules produced by different populations of gut flora, and not that much about heart disease at all.

I would be curious to know a little detail about the recent NY Times articles: when scientists who actually did the research - which was in pursuit of a quite detailed and specific mechanism of action (the foods' ability to elicit a TMAO response being dependent on certain gut bacteria) - when they read their research summarized as an attack on red meat or eggs, did they take that in stride or did they shake their heads and mutter, “But that's not what I was trying to say!”

Related Articles:
Low Carb Weight Loss
Solutions for Obesity
Solutions for Diabetes Type 2
The Paleo Diet
DEBORAH'S BLOG
How do YOU make changes?
I recently had a conversation with a fellow member of our local Rowing Club, I'll call her Wanda. Wanda has recently transformed her exercise habits, quite dramatically [read more]
Health & Wellness News
How's your health span?
You’ve probably heard alarm that our US life expectancy has gone down during the pandemic (and actually a bit before that as well), but I would suggest that one reason [read more]

Low Carb Weight Loss
Fad diets come and go, but in my practice, I follow the science more carefully than I follow the fads. In doing so, I have been tremendously impressed with the work of Gary Taubes, who has meticulously detailed the science behind the low-... [read more]
Solutions for Obesity
Solutions for Diabetes Type 2
The Paleo Diet
The Paleo Diet has been inspired by the study of our own human history. The Paleolithic Period began about 2.6 million years ago with the first use of stone tools by pre-historic humans and ended about 10,000 years ago. In the Paleolithic Period,... [read more]