How do YOU make changes?

I recently had a conversation with a fellow member of our local Rowing Club, I'll call her Wanda.

Wanda has recently transformed her exercise habits, quite dramatically and unusually: later in life. She and I are approximately the same age, so we both grew up in an era where atheleticism was not encouraged in young girls, and we each have had a varying relationship with exercise over our lifetimes. She had drifted far away from her goals and had become quite sedentary and her health had suffered because of it. She has set herself a schedule (a smart one, including days of rest!) and she adheres to it.  If it's Thursday, she doesn't ask herself whether she feels like exercising, but she gets herself in gear and does whatever exercise she scheduled for the day. Only serious obstacles get in her way, not whims of her mood! 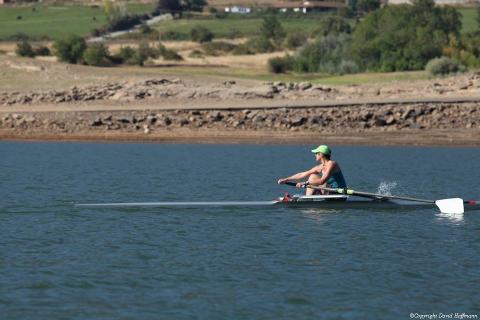 She is a great "firm-line" change-maker.  I would contrast her style to the "soft-line" change-maker, aka the intransigent rebel.  Some folks just cannot adhere to a firm policy, even if they have set the policy upon themselves!

I know that if I really want to make a difficult change, I do best when I set a "firm-line" such as when I decided to do a Whole30 Diet to break what seemed an unbreakable fondness for dairy. (On previous forays into Whole30, I had allowed myself to "cheat" with a small amount of dairy in my coffee, because it was impossible !! to drink black coffee.) Lo and behold, 30 days later, I don't even like dairy in my coffee anymore. Wow, that was a very stubborn habit.

On other issues, a "soft-line" works very well for me. During the pandemic shutdown phase, I noticed myself wanting less alcohol, which seemed to have a beneficial effect on my sleep quality. (If I have not sung the praises of my OURA ring to you, it's only because I haven't gotten to it yet: I will!) I just started thinking of myself as someone who only drinks alcohol occasionally. It's easy to take a sip of wine and no more, or to have one evening where I have a drink or two, and then none for a week. Wow, that was NOT a stubborn habit.

Rather than being a person who makes either firm decisions or fuzzy ones, I found that for me it's the decision at hand that determines which way to draw the line.

But a little more about Wanda.

I was impressed by her tenacity and a little surprised to learn that she was struggling with energy: our workouts can be exhausting and sometimes they were just too much for her. Ahah, I may not know how someone should properly make a huge change in life for themselves (that's up to you to figure out for yourself), but I DO know how to fuel a workout.

Look for an article soon about How to Energize Your Workouts and may Wanda's attitude inspire us all!