IMeRG and Paleo as a Life Lens 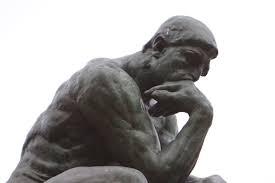 Last weekend, February 28, 2015, I gave a quick five-minute presentation to the first meeting of our local IMeRG group. I want to tell you about the event and the group.

First, IMeRG is the brainchild of one of our local physicians, Dr. Dawn LeManne, an integrative oncologist with a keen understanding of metabolism and its interaction with cancer cells.

IMeRG addresses one of the identified, but unacknowledged, problems with modern medical research: most research is done on large groups, homogenized as much as possible, testing one tweak of a medication or lifestyle choice. As any experienced physician knows, we learn a lot more about medications’ side effects when they are released, fully approved, into general public use. More than a few times, drugs haven’t lasted long – either for side effects or lack of efficacy – when we test their usefulness in the real world. Turns out that a very artificial testing environment doesn’t translate very well into predicting how any individual patient will react to an intervention, either its usefulness or its side effects.

IMeRG will focus on developing skills for what is called n=1 research, meaning the size of the group being studied is just the person who seeks help from a particular intervention. Ideally the effect of an intervention can be tested, and inform the subsequent choices for that individual person. If I choose to eat or exercise in a particular way, it is currently easy for me to check the effect of that change on my blood sugar, or my blood pressure. What if we could chart other parameters easily at home? How much use can we make of the interventions and measurements we currently have available?

IMeRG consists of medical practitioners as well as tech folks, the techies eager to hear from the practitioners in the group the details of what devices we would most like to see available for individual use, either in a practitioner’s office or by a patient at home. N=1 research should provide some exciting results, and certain to gradually collect information beyond that which is useful for the individual patient doing the experiment.

The event was a fair amount of nibbling and schmoozing, with presentations by probably ten of us. Trainers offered us insights into different programs of activity, exercise, and how they might be tweaked or particularly useful for individual people. The various health care practitioners talked about the theory and the current literature on n=1 research, on the evaluation of supplements taken by patients, on the need for salivary cortisol testing in PTSD treatment, and the uses, effects, and questions raised by intermittent fasting.

I had five minutes to cover the topic, Paleo: More Than A Diet, a talk I could have spent five hours covering had I been thorough! I talked about what a great crowd-pleaser Paleo is: clever entrepreneurs have developed recipes, cookbooks, podcasts, meet-up’s, and more. No one needs to feel alone when they decide to do the Paleo diet. Of course not all Paleo products are really good for us (who needs Paleo cookies?), but the market will sort out the useful from the non-useful.

I have confidence in the market, because it includes science geeks as well as marketing experts. An important aspect of Paleo is that you indeed do have to become your own scientific thinker: after you eliminate the foods suggested for the first six weeks of Paleo (grains, legumes, and dairy), how are you? Did you pig out on sugar, and maybe you need to re-boot with sugar added to the list! Did you feel great, but really miss lentil soup? Try it! Did you pull your best time ever in your 30-second intervals on the erg? (OK I think that was, for me, about doing CrossFit for a while, staying on the Paleo Diet now for a couple years!)  (1:46 if you’re interested.)

I think of Paleo as a life lens. Start with your own health, your genetics if you know them, and decide what your goals are – a decision you’ll revisit as you proceed. Make an intervention, and anything is game: eliminate foods or add them in, go to bed earlier or get up later, start a new exercise, or take up meditation. Investigate – in both the historical literature about primitive people and the modern scientific realm – questions that arise for you. Team up – with other Paleo peeps, as they say, or with a Paleo-friendly physician. I don’t want you to eat just what “Grok” might have eaten, and call it good. I want for all of us to learn from Grok’s lifestyle patterns and generally sturdy physiology, so different from the modern world, and tinker with our own life choices. Modern medicine will keep us alive longer than Grok lived, but learning from Grok might enable us to be vigorous longer than many of our cohorts.

Related Articles:
Paleo Plenty
The Paleo Diet
DEBORAH'S BLOG
Measure it to Own It

Paleo Plenty
Thursday through Sunday, April 10-13th, PaleoF(x)2014 takes place in Austin and it looks like a great schedule. Almost every single time slot has more than one presentation I’m hoping to attend. There are only two presentations I know right now I... [read more]
The Paleo Diet
The Paleo Diet has been inspired by the study of our own human history. The Paleolithic Period began about 2.6 million years ago with the first use of stone tools by pre-historic humans and ended about 10,000 years ago. In the Paleolithic Period,... [read more]