"Oops we were wrong" 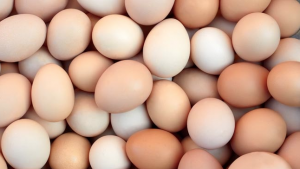 That apology is what should be coming out of the US Department of Agriculture in concert with the US Department of Health and Human Services. Turns out 40 years of telling people to restrict dietary fat and put a strict limit on dietary cholesterol were ill-founded and resulted in more, not less, cardiovascular disease.

New guidelines: no upper limit on cholesterol, that would be eggs and shellfish, two of nature's best foods. (Did you know the recommendation HAS been to have no more than one a day? You'll still find some die-hards, mostly from Harvard I imagine, clinging to the past on that one.) No upper limit on dietary fat, just eat good fat.

The federal estimate is that more than 70% of the American population consumes too many refined grain products, lingering as they do beneath a falsely applied halo of health benefit. Not only no good, and no dietary necessity, but most likely significant degrees of harm.

But you probably know all of that. I just wanted to make sure you know, it's official: no limit on eggs, shellfish or dietary fat. Use that fancy french bread as nothing more than a way to convey butter to your mouth.

I'm excited to hear the news, looking forward to greater advances in nutritional research, and not holding my breath waiting for the government to apologize!

Here's a nice review of the guidelines, and if you're really ambitious, here's the full report.

Related Articles:
Eggs and Bacon for Adults, Too
The Only Problem with Eggs is the Toast
Dietary Fats Re-Branded
What We Now Know About Fats and Cholesterol
DEBORAH'S BLOG
Mixed Emotions

Eggs and Bacon for Adults, Too
For decades, one possibility of treating seizures in children has been the ketogenic diet. Once the mainstay of epilepsy treatment, the troublesome ketogenic diet faded to a lesser position with the advent of pharmaceutical drugs capable of... [read more]
The Only Problem with Eggs is the Toast
You surely don’t need to be a research scientist to see the flaws in the utterly ridiculous study whose findings that recently made the news.  Researchers in Canada surveyed over 1200 middle aged men and women in a vascular prevention clinic where... [read more]
Dietary Fats Re-Branded
Glen Lawrence, of the Department of Chemistry and Biochemistry at Long Island University, has written a categorical review of the existing research on dietary fats and their impact on health markers and health itself. Published in Advances in... [read more]
What We Now Know About Fats and Cholesterol
For decades, we have been pummeled by the message that saturated fats such as those in butter and meat are bad for us and that a low-fat diet is good for the heart and blood vessels. But where did this information about fat and cholesterol come... [read more]