A Simple Supplement for your Heart 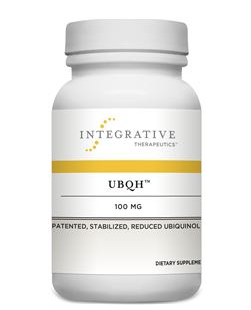 Should you take CoQ10?

You may have heard of people discussing CoQ10, the shorthand name for the compound Coenzyme Q10. CoQ10 is a fat soluble anti-oxidant compound that we make in our own bodies, given the proper nutrients. We rely on CoQ10 in the production of ATP, our most basic source of energy in the body and CoQ10 also helps us when we’re challenged by infection or immune system imbalance.

CoQ10 has been widely recognized as helpful in a variety of conditions, and cardiovascular problems top the list, including heart failure, high blood pressure, mitral valve prolapse and more. CoQ10 also helps with nervous system problems, from migraines to Parkinson’s Disease. The list of conditions benefitting from CoQ10 goes on to include gum disease, hearing loss, infertility, and ringing of the ears… and more!

An absolute need for CoQ10 exists if you are on statin drugs from your doctor. Statins work by interrupting the production of cholesterol, and they just so happen to interfere with the body’s ability to produce CoQ10! Other medications which might increase the need for CoQ10 include several medications, the commonly used ones including beta-blockers, certain kinds of chemotherapy, and the blood thinner Coumadin.

If you have declined statins and believe you’re better off taking the natural alternative (Red yeast rice), it’s important to know that it actually behaves the same way statins do, it’s just weak enough to not require a prescription, but it can interfere with your CoQ10 production, so you need to supplement as well.

The list of others who might benefit from CoQ10starts with those people suffering from any of the conditions mentioned above. People over the age of 50 might consider a trial of CoQ10 even without any of these conditions, as our own ability to make CoQ10 declines naturally with age.

A nice synergy exists between CoQ10 and both vitamin E and Carnitine. CoQ10 enhances the activity and can even increase the levels of vitamin E even when you don’t take E.

A particularly affordable version of CoQ10 is produced by Integrative Therapeutics, which they call UBQH and comes in 50 or 100 mg capsules. For general energy purposes OR for help with any of the conditions listed above, I recommend most adults start with 100 mg twice daiy with meals.