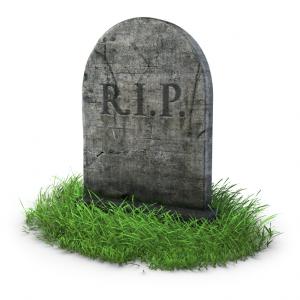 Can we please write "Defense of Sugar" underneath the R.I.P. on the grim photo above?

When I went to medical school, people really did say "a calorie is a calorie" and insisted that sugar was no more harmful than the same amount of calories in broccoli.  Over the intervening 35 years in the United States, our standard diet has deteriorated to include a shocking amount of "added sugar", the sweet calories present in manufactured drinks and desserts, separate from those sugars occuring naturally in fruits and vegetables. (The study I'm describing didn't even consider fruit juice as an added sugar, which I always do if I'm advising someone on what makes a healthy diet.) Added sugars, desserts or juices, should be rare treats, not daily occurrences.

In this study, more than 10% of folks consumed 25% or more of their calories from sweet desserts, on a daily basis - and here's what happened to them: Over the 18 years of the time period studied, they died at TWICE the rate of people who consumed 10% of their calories from sweet treats. Twice the rate of DEATH... and that's just from cardiovascular disease, no mention of diabetes or cancer, which are also increased in people who eat excessive sweets.

As with many nutritional studies, this review was retrospective and "observational" - folks weren't divided into groups and assigned percentages of calories. Such a study would never have gone on for 18 years: it would have been stopped on humane grounds to tell the sugar gourmands that they needed to cut back.

If your sweet tooth is out of control, check out the discussion on Diabetes here, it just might apply to you.