To Salt or Not To Salt 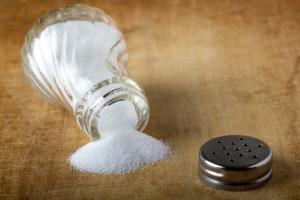 Public health messages have a bit of a repetitious quality, even when there is abundant evidence that they stand on shaky ground. For instance, if you peruse WebMD, or any conventional health-related sites, I imagine you're wondering if you should cut down on your salt intake. Probably not, let's see why...

May 26th in the British journal The Lancet published a study that was "an analysis" of previous studies, rather than a clinical trial. Most folks and most newspapers don't really read the paper, they just read the summary, which suggests that we should make several distinctions when it comes to salt.

For comparison, if you just take a random group of say, any people anywhere around the world wherever a diet has been studied (that tiny little group), most folks just by choice consume a diet containing 3-4 grams of salt a day. Meanwhile, all the national and worldwide institutions that comment on such matters suggest we all eat somewhere between 1.5-2.3 grams of salt a day.

Here's the kicker in the Lancet study though: even folks with hypertension, when they took their salt below 3-4 grams a day, they also had about the same increase in cardiovascular complications!

Folks without hypertension didn't have an increased risk of disease at any moderate or high salt consumption, but they, too, suffered an increased risk (for all the groups the increase in disease risk is about 25%) if they took their salt levels down too low.

And this is by no means the only study to come to the "moderate but adequate salt" position; another meta-analysis came out just a couple weeks later, many have been released in recent years, and Gary Taubes wrote about salt in Science Magazine in 1998.

I don't imagine you actually know (I don't) how many grams of salt you eat every day. If you're making your own food, just cook with the low end of recommended salt and salt to taste at the table. If your diet is largely food prepared by a corporation or restaurant, chances are you're used to high levels of salt in your food and might unwittingly sneak your intake up to the 7 gram mark. So go without any salt for a week, just to re-train any possibly salt-intoxicated taste buds. From there on out, salt to taste, work that salt shaker with a moderate and not heavy hand, you'll be fine.