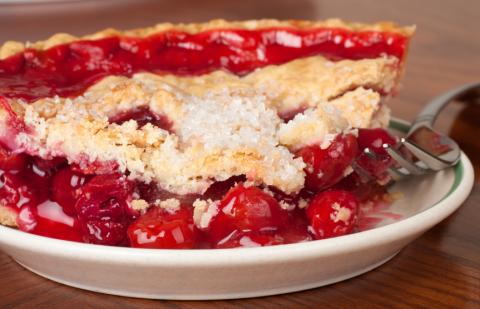 Per reader request, I started off the PaleoFx weekend by attending John Kiefer’s talk on timing carb consumption: when we eat carbs can have a tremendous effect on our health in general and our efforts to lose excess body fat in particular. And for this discussion, when I say carbs, I mean “starchy carbs”, grains, super-sweet fruit and fruits in general. Non-starchy vegetables have more fiber than carbs, so eat them whenever you want to.

Wow, how great it would be to sort out that conundrum. Essentially he pointed out that eating carbs makes us hungry (via the hormone ghrelin) and want to… eat more carbs! Carbs also block our access to fat stores that we might want to burn, and they suppress leptin (which suppresses hunger and enhances fat burning). Carbs also suppress adiponectin (which also allows fat burning), so one more strike against them. Essentially carbs give our bodies the message “at any moment we could go into starvation mode, so store now!” They can even block the fat mobilizing effects of adrenaline.

So should we avoid carbs altogether? Not at all: they enhance our ability to store glycogen (ready muscle energy), and fat storage (sometimes that is good) and make the mucus that lines our respiratory and GI tracts.

Kiefer likes to see people enjoying an evening of starches and sweets just once or twice a week. If your goal is fat loss, eat starches and sweets once a week, increasing to 2-3 times a week if you’re an intense athlete OR already naturally lean but still want to lose some more body fat. If your goal is solely to improve athletic performance, you can enjoy “carb evenings” in smaller amounts more frequently, perhaps even daily, depending on your individual response.

In general he encourages afternoon training, but if you do train in the morning, he suggests following the training with coconut or MCT oil, as part of your post-workout re-feed.

He also cautions that if your intention is to eat a diet very low in carbs (The Ketogenic Diet), you must keep your protein content low, ideally the grams of protein less than the grams of fat you are eating. You can find out more about his methods on his website, linked above or through his book available on Amazon: The Carb Nite Solution.

My impression is first that the science is theoretically quite valid. Individual variation is always possible, so you need to check it within your own physiology. I actually did "Carb Nite" for the last 3 weeks of doing the ketogenic diet (Hah! I guess I should write a little post about that!) and found my appetite for carbs markedly diminished after each subsequent "over-feed". Trying to eat as many carbs as I could was delightful the first week, less so by the third! I certainly didn't gain weight, but I left the ketogenic diet for other reasons, so not sure how his strategy would have panned out for me in the long run!