News on Saturated Fat, Two for One 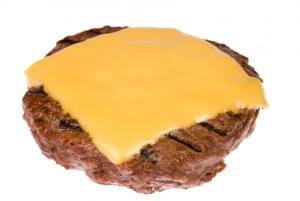 Perhaps it’s not so newsworthy each time a practicing physician sees the light about saturated fat. It’s happened to many physicians, even cardiologists. But it becomes news when a leading medical journal highlights an article exonerating saturated fat as a cause of heart disease. Good news from the British Medical Journal, though not everyone is buying it. Oh, not by a long shot!

Dr Assem Malhotra, a practicing cardiologist, attracted a lot of attention this week by suggesting that we may too much attention to saturated fat, which has not proven to be a problem, and not enough attention to sugar – which definitely increases cardiovascular risk. He correctly compares the two, noting that as we have misguidedly removed saturated fat from our diet, food manufacturers particularly have enhanced the taste of foods by replacing fat with sugar.

Conflicting opinions were numerous, primarily coming from folks entrenched in the mainstream conventional belief that saturated fat is hazardous. When asked about the clinical trials and review articles that have found no problem with saturated fat, they simply dismissed the trials which can “frequently produce conflicting results.”

The other fat-related news reveals that there is a serious problem with reducing saturated fat. Saturated fat is the type of fat that best raises our high density lipoproteins, HDL’s. (HDL’s are the cholesterol carriers mistakenly called “good cholesterol”. Though beneficial, they are lipoproteins, not cholesterol.) In another news story this week, researchers found that HDL particles improve blood glucose levels by two useful methods: enhancing muscle function and reducing adipose tissue.

Muscle function usually consumes glucose for fuel, thereby lowering blood glucose levels, and resulting in greater muscular strength and endurance. In addition to promoting well-being, greater muscle function results in less fat accumulation. When muscles don’t function efficiently, that same glucose fuel can be stored in fat tissue which then tends to accumulate. In a vicious circle, women with type 2 diabetes often have low HDL levels, which aggravates their problem with blood sugar.

All this news suggests it’s time for a little more butter. Or perhaps a nice bread-free cheeseburger.

Life Choices for a Healthy Heart
Beef Heart Chili
A wonderful warm dish for a winter's evening that nourishes your heart. Chili made with ground beef and beef heart and a flavorful array of spices is the perfect meaty meal. Although many people think that chili must contain beans - difficult... [read more]
Nuts To You and Your Heart!
A wonderful study by Guasch-Ferre and colleagues in Spain has evaluated the effect of nut consumption on mortality, including deaths from cardiovascular disease, cancer, and all-cause mortality. The researchers spent 4.8 years - not very long a... [read more]
Solutions for Diabetes Type 2
Hypertension