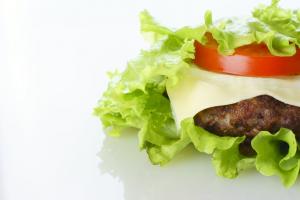 The big news this week? A major journal published a study despite clear conflict of interest between the lead author and his cherished headline!

Okay, it’s not the favorite journal of anyone I know, but it certainly has received a lot of press coverage. Cell Metabolism  published a study  claiming an association between meat consumption in middle age and increased mortality. As you can imagine, that made great news headlines: “High Protein Diet Raises Cancer Risk As Much As Smoking," and for a busy email inbox, "What's going on?"

Scientists made a dietary assay of more than 6000 US men and women, ages 50 and above, by reviewing dietary recall histories, not by dictating what they should eat. The subjects were followed for 18 years and their eating habits compared with their health outcomes.

If you want the full statistical analysis, sit down with a cup of green tea and this careful deconstruction by Zoe Harcombe here.

Let me pull out a few of her very insightful observations and share a couple of my own. First, the lead researcher, “Dr Longo, has declared interests in (actually he’s the founder of) L-Nutra – a company that makes an entirely plant based meal replacement product.” Incredibly convenient, as that would be a great product if you believed the title of the article “Low Protein Intake Is Associated with a Major Reduction in ...Overall Mortality in the 65 and Younger but not Older” instead of reading the details.

If you take the whole group (all 50+ years old), there was actually no significant correlation between protein consumption and any or all cause mortality. BUT, if you divvy it up at 65 (50-65 vs. 65) and make a graph, you notice a small but significant X such that before 65, the higher protein folks died more than the lower protein folks… and at 65 they switched places: over 65, the lower protein folks died more. Does that mean that after 65, when those disease are all more likely to occur, is actually protective against dying? Perhaps so, but not mentioned in the study.

And of course, bottom line: observing an association is only the basis for a truly informative study, it implies nothing about causation. Witness our checkered past of associating saturated fat with heart disease: researchers tried for decades, and have had to finally concede that even though there appears to be a slight “association” between saturated fat and heart disease, the true “cause” must be elsewhere, because it doesn’t hold up when you control for all the other variables.

In the end, what this story really tells us is first that headlines must always be critically questioned: a pro-vegetable protein author titled the study, and bottom-line-motivated news sources titled the tabloid summaries of the study. And secondly, it’s not usually that hard to read the data ourselves. In this case the data is not very impressive, and ultimately – it’s balanced: some observed increases, some observed decreases with greater amounts of animal protein.

A better effort to determine the health effects of red meat was undertaken in Oslo, Norway, last fall, in which researchers cited, “associations between red and processed meat intake and colorectal cancer are inconsistent”, and the same might be said for any meat to health correlations. What the authors in Norway realized, is that we might be wise to pay greater attention to meat composition achieved through different feeding methods (eat grass-fed!) and improving meat processing techniques.

I’m having a grass-fed burger for lunch (a lettuce bun!), what about you?

Buy Pastured Meat for Public Health
When public health officials suggest actions we can take to improve our own health and the health of their community, it is time that they start advocating for the purchase and consumption of meat that has not been treated with antibiotics. Cows... [read more]
Myth: Meat Makes You Gain Weight
Getting healthy, losing weight, and lowering your glycemic count is an admirable goal, and one we should all be considering as we head out for our weekly grocery shopping. While the temptation is to restrict as many calories as possible --... [read more]
Red Meat and The Company You Keep
Snowed in this weekend meant movie-time, and one jewel we watched was The Company You Keep, directed by and starring Robert Redford, about some proverbial legal chickens coming home to roost decades later for some 1970’s-era radicals. By surrender... [read more]
Red Meat Celebrated
Following closely on the heels of a media fest over a study positing a causative role for red meat in the development of heart disease, a seemingly diametrically opposite result has come of a different study, this one from the Mayo Clinic... [read more]