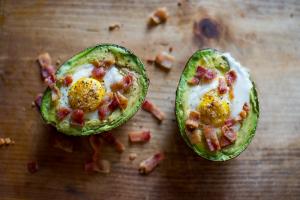 Researcher Kevin Hall at the National Institutes of Diabetes and Digestive and Kidney Disease Laboratory published a study in a recent issue of Cell Metabolism that set alive the world of metabolic researchers and physicians. The study is only available with a subscription, but Stephen Guyenet pieced it apart eloquently in a post on his website here. In the study, Hall took 19 young men and women, obese but without overt disease and checked them in to a metabolic ward. The research interventions were alternating diets of equal calories, one restricted in carbohydrates, one restricted in fats, and each calorie-reduced by 30% from baseline. Each study period lasted less than week and was separated by a "return to normal" phase where the subjects went home. (Not clear whether the obese subjects were insulin resistant or not, but presumably most were.)

Interestingly, body weight loss was greater on the low carb diet (which wasn't really very low in carbs) and body fat loss was greater on the low fat diet, seeming to suggest that if you want to lose fat and not just weight, the low carb diet might be the better one to choose. Actually, the conclusions drawn from this study are as numerous as the people who commented on the study, but this was the most controversial point. If you believe, as I do, that reducing insulin levels is essential to effective and sustainable weight loss, the low carb diet is the preferred route. Does this mean that low-carb'ers are wrong?

If you are obese and only want to diet for six days, and you are willing to reduce your fat to unsustainable levels (7%, compared to 60-85% in low carb diets),  you would be wiser to choose a low fat diet to optimize fat loss compared to lean body weight loss.

If however, you are at any level of excessive body weight, even if you are sick with insulin resistance and metabolic syndrome, and want to find a sustainable way of eating that will help you normalize your weight and improve your health, this study isn't at all pertinent to your quest. As most of my readers know, I would suggest you pursue a Low Carbohydrate Weight Loss plan, and plan to pursue it (happily) for life. You will not necessarily need to reduce calories at all and certainly not by 30%.

What the study does nicely show is that with proper caloric restriction EVEN  a low fat diet can result in fat loss, which is nice for those folks who just can't eat a high fat diet, for whatever reason. If you can't go all out low carb, you'll have to figure out a way to sustain a calorie restricted lower fat diet, and it won't be easy, but it's possible.

One other thing omitted from the article, for obvious reasons because of the short duration of the study, is acknowledgement of the effects of hunger, prolonged hunger, resulting from caloric restriction. Gary Taubes wrote an excellent summary of that predicament in the NY Times this last Sunday,  aptly titled to remind us that "Diet Advice that Ignores Hunger" essentially disregards our humanity. The picture of prolonged caloric reduction is not a pretty one, and looks more like One Flew Over the Cuckoo's Nest than The World's Biggest Loser, and arose in the setting of forced hunger inflicted on conscientious objector subjects studied during war time. Just reading the article is likely to make you want to snack on something: go ahead, so long as it's low in carbohydrates.

I should add that TONS has been written about this study, my take here is definitely the short version. A good counter to Guyenet's comprehensive analysis of Hall's work is Zoe Harcombe's column here, written definitely from the low carb camp.

Low Carb Diet has ONE Hazard for Type 2 Diabetics...
A study in the journal of Nutrition compared metabolic marker changes in two groups of obese diabetic subjects. One group followed a low-calorie diet and the other group was on a low-carbohydrate, ketogenic diet (LCKD). Both groups had favorable... [read more]
Low Carb Diet Recommended for ________________
Yes, it’s come to that: every day brings  a news story about a condition for which a low-carbohydrate diet is the most healthy diet to follow.
Reaping the Rewards of Low Carb Eating
Some people understand how a low carb-eating plan can help them lose weight, balance their hormones, and reduce inflammation, and  are easily able to make an instant change. However, other folks encounter obstacles with this process.My patient Jean... [read more]
Successfully Following a Low Carb Eating Plan
Success at following a low carbohydrates life style comes most readily with a few cautionary suggestions.Foods to EnjoyYour choice of foods is always the first place to start. Which low carb foods do you most prefer - eggs, meat, cheese, shellfish... [read more]