Let Me Sweeten That Sugar For You 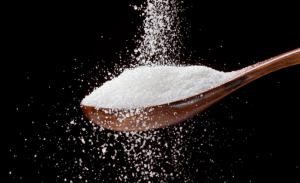 Maybe you’d better sit down before I tell you this shocking news: our fear of dietary fat was partially fueled by sugar industry investment in favorable sugar research. Hard to believe, isn’t it? What, you’re not shocked?

The news this week, documented in this article in the Journal of the American Medical Association, and summarized for the public in this NY Times article was the disclosure of sugar industry documents showing that they funded research in 1965 that specifically “singled out fat and cholesterol as the dietary causes of CHD (heart disease) and downplayed evidence that sucrose consumption was also a risk factor.”

For those of us who were reading the mainstream press at the time, there was already little doubt as to the dangers of dietary fat. Ansel Keys’ work was published in 1957, demonizing fat with a skewed analysis of multiple populations' nutritional and heart disease statistics. A larger-than-life figure, Keys made quick work of his only serious challenger: John Yudkin, a London researcher who advocated low-carb dieting and pointed out an association between sugar and heart disease deaths. Yudkin continued to do work during the 1960’s, work which evidently came to the attention of the sugar industry, work which cast sugar as the dietary demon. Keys fended off Yudkin with contempt, and the Sugar Research Foundation (SRF) put dollars in the pockets of Harvard scientists.

Sugar proponents referred to the now laughable theory that dietary fat literally embedded itself in our arteries, clogging the plumbing, so to speak. They specifically noted that if American’s adopted a low-fat diet, the carbohydrate (sugar) industries might recapture this 20 percent of the US dietary calorie, incorporating “an increase in the per capita consumption of sugar more than a third.”

Their efforts look quite nefarious when we learn that their infusion of sugar research money came in response to specific publications of Dr. Hegsted in which blood sugar was shown to be a better predictor of heart disease than either cholesterol or high blood pressure. And that sugar, more than starches, perhaps with fructose, was the agent mainly responsible.

The sugar industry hired the same scientist, Hegsted, to produce a review that would unravel the sugar and heart disease connection. Hegsted even wrote to delay the work, when yet another sugar-damning paper was published by a research group from Iowa. The SRF front man approved Hegsted’s work before it was submitted for publication.

Not surprisingly, the sugar-funded review discarded a multitude of studies that had linked sugar and heart disease, for a variety of reasons, essentially claiming the authors’ biases rendered the conclusions invalid. The current JAMA article concludes that industry-funded studies should not be taken seriously in making conclusions pertinent to that same industry!

John Yudkin died in 1995, over 10 years before Gary Taubes’ Good Calories, Bad Calories encouraged many of us to look elsewhere than fat and calories for our dietary problems, and over 20 years before we learn how seriously the sugar industry took the threat of his work.

The current dietary guidelines suggest something (as if it’s recommended!!)  like six teaspoons of added sugar a day, beyond the sugars naturally occurring in foods. What would they be saying if the sugar industry had never squeezed our 1960’s sugar-scrutiny out of focus?

It's the Sugar
It has been noted previously that diabetes, even mild elevation of blood sugar, increases the risk of developing dementia with advancing age. Because many diabetics also develop cardiovascular disease, it has been difficult to say whether the... [read more]
Is sugar addictive?
Dr. Robert Lustig from the University of California, San Francisco (my alma mater!) is gaining notoriety this week for calling attention to the serious health hazards of sugar. The most accessible read is in the online version of The Atlantic.
56 Years of Testing the Diet-Heart Hypothesis
I came across a remarkable paper today, published in the American Journal of Medicine, and remarkably (!) fully available online.  Two MD authors, James E. Dalen, MPH and Stephen Devries, FACC, summarize carefully and clearly 56 years of nutrition... [read more]