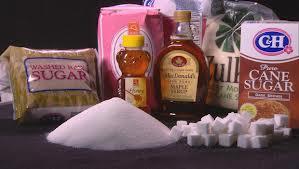 I predict that within 5 years, doctors will not be relying on routine lipid panels to assess risk of cardiovascular disease. My prediction reveals my inherent nature as an optimist!

Since dietary fat was mistakenly associated with cardiovascular risk, scientists and physicians alike have measured lipids in all sorts of ways to measure the levels of fat in the blood, which we knew was somehow related to dietary fat. The closest relationship observed was the increase in LDL cholesterol in response to eating saturated fat, not always, but in some people. Since saturated fat was assumed to be dangerous, we made a false connection that the LDL cholesterol must be hazardous, and we have been trying to keep it low ever since. Thus, statins and low fat diets.

Cardiovascular mortality has actually improved over recent years, but this is almost certainly to improvements in acute care of cardiac emergencies. If you live near a well-equipped emergency medical system, you are not likely to die of an acute cardiac event if it is witnessed by anyone with a cell phone.

Meanwhile, we have become sicker with obesity and type 2 diabetes, both significant and legitimate risk factors for cardiac disease!

Sorting out the conundrum has been the work of several very smart scientist physicians, two of whom I am honored to call friends. In a Letter to the Editor in the British Journal of Nutrition, Drs. Wood, Hansen, Sigurosson and Johansson take issue with a point raised by a previously appearing article, whose authors had lauded the benefits of a low carbohydrate diet, regretting only the reality that sometimes a low carb, high fat diet raised people's LDL (so-called "bad" cholesterol) numbers. Drs. Wood, et al, point out that this is not a legitimate concern. That low carb, high fat diets benefit the really important markers (triglycerides and other markers of sugar metabolism) and that LDL itself can no longer be considered a risk factor for cardiac disease. Too many folks with heart disease have normal LDL's (but high markers of sugar), and too many folks with high LDL (but normal triglycerides and sugar metabolism) have no evidence of heart disease.

The tide is beginning to turn: what your doc should be checking, if concerned about heart health, includes fasting sugar and insulin, hemoglobin A1C (glycated hemoglobin), triglyceride levels, and perhaps your 2-3 hour glucose tolerance test, checking both glucose and insulin. Secondary tests should focus on cardiac inflammation (hsCRP, homocysteine and others) and existing disease (coronary calcium CT or carotid artery studies.)

And your job is to learn to love your coffee without sugar, your dinner without bread, potatoes and dessert, while allowing yourself the cream, the butter, and the cheese. Flavor enhancers are divided between sweet ones and fat-rich ones. Turn away from the sugar and toward the butter!

Related Articles:
6 Reasons to Fatten Up Your Coffee
But I can't eat all that fat, can I?
Eat Fat to Lose Weight
Low Carb vs Low Fat Weight Loss
DEBORAH'S BLOG
Mixed Emotions

6 Reasons to Fatten Up Your Coffee
Have you tried Bulletproof Coffee (also known as butter coffee), the brainchild of Bulletproof Executive Dave Asprey? I was reluctant to try it, conjuring images of fermented yak butter forming an oily slick on weak tea. I not only loved it right... [read more]
But I can't eat all that fat, can I?
When I suggest that someone consider a reduced carbohydrate diet, it obviously has to have some dietary component increased and that would be dietary fat. Many people report that eating more fat just isn't possible, either from historical dietary... [read more]
Eat Fat to Lose Weight
There are two objections to this concept. First, it goes against everything we've ever been told about weight loss. Every bit of dietary advice suggests we cut the fat out of everything we eat and drink. It's difficult to imagine that we can eat... [read more]
Low Carb vs Low Fat Weight Loss
Researcher Kevin Hall at the National Institutes of Diabetes and Digestive and Kidney Disease Laboratory published a study in a recent issue of Cell Metabolism that set alive the world of metabolic researchers and physicians. The study is only... [read more]