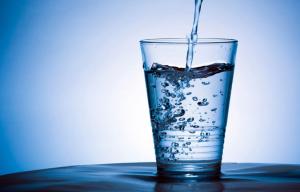 The synthesis of thyroid hormone, and its regulation, are complicated! If you've followed my Thyroid Thicket series, you have an overview of approaching someone who might be considered to have thyroid hormones.

One of the details mentioned early in Part Three is that if you have low iodine, you might normalize thyroid levels by simply replacing iodine (or zinc, or magnesium).

Iodine itself is fairly complicated: when widespread iodine deficiency was identified in the mid 1900's, iodine was added to salt (with a little sugar, why not?) and most people had acceptable levels if they salted normally. Our modern life, however, challenges our bodies' ability to retain iodine. When iodine is plentiful in our food supply (as it is for the Japanese who eat lots of sea-food both fish and seaweed), iodine levels are normally maintained. When iodine in the food is sub-optimal, our body's iodine supply can be threatened by some iodine look-alikes that are plentiful in our world: chlorine, fluoride, and bromine. Bromine is in flame retardants, most new fabrics, and computer equipment. Chlorine is in our water, unless you filter it out, or drink from a clean well or spring. Fluoride is the culprit most worrisome to me. Each and all of these three elements, known as halogens, can take up residence in our thyroid glands if iodine is not plentiful. They obviously don't help with normal thyroid production and can be difficult to identify and remove.

The worst thing about fluoride is that it is used as a medication, meaning - to me! - that the treatment should be individualized; whether or not someone is treated, and what dose is used should be a collaborative medical-individual decision. I am not fond of fluoride added to the water supply: it's a horrendous version of fluoride (industrial waste product) and it is much more difficult to filter out than chlorine.

If you live in an area where you drink fluoridated water, pay extra attention to the possibility of hypothyroidism, and mention your concern to your health care practitioner. And think about a fancy fluoride filter!

Related Articles:
Fluoride Compromises Children's I.Q.
Fluoride: Cavity Prevention or Poison from Your Tap?
DEBORAH'S BLOG
How do YOU make changes?
I recently had a conversation with a fellow member of our local Rowing Club, I'll call her Wanda. Wanda has recently transformed her exercise habits, quite dramatically [read more]
Health & Wellness News
How's your health span?
You’ve probably heard alarm that our US life expectancy has gone down during the pandemic (and actually a bit before that as well), but I would suggest that one reason [read more]

Fluoride Compromises Children's I.Q.
Once the realm of "kooks", the criticisms of fluoride as a drug additive to public drinking water have gained respectability. As described by Dr. Mercola in The Huffington Post, a recent study performed at Harvard University, funded by the National... [read more]
Fluoride: Cavity Prevention or Poison from Your Tap?
Most of us were brought up believing that fluoride is a magic bullet guaranteed to prevent cavities. Toothpaste and water supplies containing fluoride were considered a good thing. Today, many of us who have explored these faith claims have... [read more]