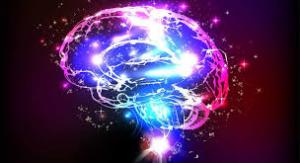 Although I've mentioned before that a ketogenic diet is likely to benefit many patients with Parkinson's Disease, there is fresh news in the medical science world that confirms what many physicians and patients have confirmed among themselves.

The bad news is that these are horrible neurodegenerative diseases, the good news: there is an easy, DIY fix that eludes the side effects of disease-altering-but-not-reversing medications.   You can successfully bypass insulin resistance in your brain by offering your brain the alternate source of ketones. (Ketones are molecules generated by the liver, specifically for the brain, when the body is burning fat for fuel. The full fat molecule can't get into the brain, but ketones can and your brain loves them.  They are like coffee without the buzz, like falling in love without the sex, like the high you get after a good session of exercise!)

Of course the world of Big Pharma is interested in developing drugs that will do this for you, and if that works, that will certainly be better than many other drug options.

The absolutely most potent way to do this is to follow a ketogenic diet but alternatively you can follow a relatively low sugar diet (high levels of sugar will aggravate the problem) and add in foods that will boost your body's own production of ketones. Supplemental foods that boost ketone production start with coconut oil (one-two tablespoons, a couple times a day, but can activate your gut), medium chain triglycerides (MCT oil: half the amount, and ditto the risk) or my personal fave: Phat Fibre. Created specifically for cyclists who cannot tolerate "gut activation, i.e., diarrhea", Phat Fibre combines MCT oil and dietary fiber, yielding a more sustained input of the MCT's into your system, and a buffer so the gut doesn't go crazy and empty itself when the oils arrive.

Recommended highly for anyone who wants a better functioning brain, but particularly for anyone at risk for a neurodegenerative disease! Even if you don't know if you have insulin resistance in your brain, you can safely test the effects of added ketones... ask your brain if it's happy!

Solutions for Parkinson's Disease
A Ketogenic Diet, the Short Version
A ketogenic diet is one that encourages your body to rely less on sugar-based fuels and rather to turn to fat and ketones (produced in the liver by metabolizing fat) for fuel.