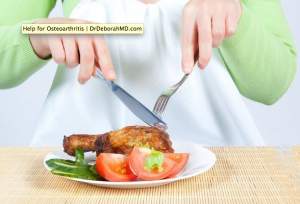 I definitely have a bad eating habit, and it’s not fast food, it’s eating food too fast. I can’t blame it on my medical training, it’s always been true. I can blame it on being in a hurry about many things: I also talk too fast. But I have a new plan to eat more slowly. Here's why.

Medical research can be truly amazing. Almost a decade ago in Japan, a team of researchers started following 8941 middle aged folks who started out perfectly healthy, metabolically speaking: no diabetes, no obesity, good lipid markers. Participants were queried about many factors known to contribute to metabolic syndrome, and were compared to others with similar risk factors. They were also asked how fast they eat, and about 1900 of them sorted out as fast eaters.

That fast eating group was more likely to be overweight, with larger waists, higher triglycerides, higher blood sugar, and more likely to smoke! They also were more likely to eat dinner late and to snack often. Exercise and alcohol statistics were not significantly different, but the fast eaters also were not such good sleepers as the rest of the participants.

Over a period of a mere three years, 647 people did in fact develop metabolic syndrome. It turns out that among people otherwise similar, those who described themselves as fast eaters had 40% greater risk of developing metabolic syndrome over the short three-year period of observation.

The autonomic system has two branches, one that promotes a “fight or flight” response and the other, the parasympathetic, that enables us to “rest and digest, feed and breed.” When you’re running to catch a bus (or fleeing a fierce tiger), your sympathetic hormones predominate. When you relax for a lovely meal with friends, your rest and digest system should be in charge, but it’s not always. It is in the rest and digest mode that our digestive system works most naturally and effectively. While relaxing, our bodies can take the time to process each part of our meal thoroughly. On the other hand, an unnaturally rapid processing can shuttle calories into the fat areas closest to our digestive tract, namely, the abdominal organs and the mid-section of the body. First step on the road to metabolic syndrome.

There are many reasons to take your time with a meal, to savor the tastes and give your gut the time it needs to properly digest your food. When you take your time with chewing, it gets your digestive juices flowing, and moistens your food so you can keep extra liquids to a minimum. If you take a breath between bites, you let the food descend to your stomach before chasing it with more. Listen to what your dinner companion says a little more carefully, they'll appreciate you. Eat with a knife and fork to size your bite perfectly for your mouth.

I have another thought. If you’re someone who never finds the time to indulge that meditation habit you’ve considered, sit for a minute and attend to your breath before you eat. Eat your meal mindfully and even slowly. Check: that counts as nurturing your mind and body in the same way that meditation does.

And you just might help prevent metabolic syndrome while you’re at it!

Solutions for Diabetes Type 2
Meditation Eases Anxiety and Depression
You can do it almost anywhere, any time, and it might help. I've mentioned meditation several places and recommend it as a method to soothe jangled nerves, ease sleep problems and help focus your mind.
Meditation Made Simple
For people new to meditation, the activity can seem daunting. There are many excellent books, articles and religious traditions that describe different practices of meditation. When people read a book about meditation, many people give up before... [read more]