Can You See Us? 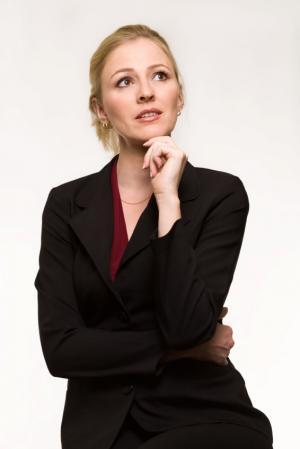 One thing that every woman knows is that we become almost invisible at menopause! We can walk alone with impunity because we are rarely noticed. Evidently our invisibility extends to the medical eye. I was listening to one of my favorite and educational podcasts on the way to the lake this morning: Revolution Health Radio with Chris Kresser. The June 11, 2014, episode was titled The Right and Wrong Way To Treat Hormone Imbalance.  Not One Mention of Menopause.

To be fair, much of the podcast was about true imbalances: when your thyroid is out of kilter or your adrenals seem either on speed or out to lunch. Kresser did a brilliant job of outlining the 5 physiological areas that not only impact hormonal health, but also are also tightly connected to each other. If your hormones are out of balance, it’s almost certain that one or more of these areas needs your attention and that proper attention will contribute greatly to optimal hormonal health. The 5 areas are blood sugar dysregulation, the adrenal-brain connection, intestinal health (or lack thereof), detoxification, and finally the balance of essential fatty acids. If you missed his podcast you can read the transcript here.

No mention of menopause, one of the most common conditions for which hormones are considered, so let me open the discussion here. There is a lot to be said about menopause, so perhaps this will be the first blog post of a series.

Women experience menopause (the cessation of menses) either from a hysterectomy or – somewhere between the ages of 40 and 60 – the cessation of ovarian function and the apparent loss of hormones as the menstrual cycle disappears. It’s only an apparent loss, however, as all women and pretty much all people, continue to have some hormonal activity throughout life.

In postmenopausal women, estrogen of various sorts continues to be produced in fat tissue, bone and vascular tissue, and the brain. That estrogen is key for the health or disease of the organs where it is produced.  Young women make primarily estradiol and estriol (and they don’t get the diseases that old women get.) Older women’s estrogen is primarily estrone. Estrone is a known carcinogen, particularly in its estrone sulfate form.

In the breasts, some estrogen is fine, but too much can lead to estrogen sensitive breast cancer. Typically estrogen is “too much” if environmental estrogens are high, detoxification is poor, or if “aromatase” activity is increased, as it is in metabolic syndrome. Metabolic syndrome also depletes “sex-hormone binding globulin” which is our body’s way of  taking some of our estrogen or testosterone out of circulation.

In our bones and brain, the concern is too little estrogen and the result can be osteoporosis or diminished cognitive function. Even in post-menopausal women the proper balance of hormones is key to vitality as we age.

And to continue one of the podcast’s themes: we all probably have an unfortunate amount of environmental estrogens.

So even post-menopausal women have problems with hormones and their proper balance.

Conventional medical practitioners often rely on the Womens Health Initiative in which women were given “faux” hormones: equine estrogens (Premarin) instead of human estrogens, and progestogens (Provera) instead of progesterone. The outcome of that study is actually much more complex than initially reported, but the initial report was that combined therapy with Premarin and Provera (misleadingly often referred to as estrogen and progesterone) increased both the number of cases of breast cancer and the associated mortality. Because of this study most physicians recommend avoiding hormones if possible, and using them for the shortest time possible.

Meanwhile, medical practitioners who paid attention in Physiology Class in Medical School prefer to use hormones that are “bio-identical,” i.e., indistinguishable from the hormones a woman’s body has generously produced prior to menopause. A variety of articles have been published, one of the most relevant perhaps being this article in which a French study found no increase in breast cancer with estrogen and progesterone, but a marked increased risk if estrogen was combined with progestins instead of progesterone.

Remembering Kresser’s discussion, it’s not a matter of simply saying, “Here, hormones are great, take some!” Hormone prescriptions in menopause are individualized and then followed. I’ll write a prescription for oral, sublingual or topical estrogen (in cream or a patch) depending on a woman’s needs, history and size. After finding a dose that helps relieve menopausal symptoms and is well-tolerated, we check the effects of that prescription by examining both hormonal levels and the process by which the hormones are metabolized in the body. Modifications can be made to the hormone prescription or the supplement regimen to normalize those lab tests.

After hearing this podcast, I will also make a conscious link between a woman’s hormonal status and the 5 concerns that directly affect hormonal balance. A post-menopausal hormone prescription will work best if a woman’s blood sugar, liver  and adrenal health, nutritional status and toxic load are also optimized.

Can you see us now?