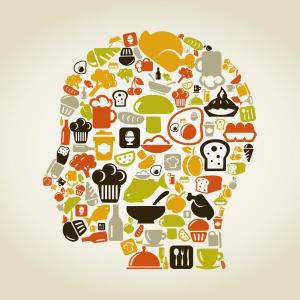 Two risk factors for Alzheimer’s Disease have been in the news recently.

First…. It’s long been suggested that type 2 diabetes increases the risk for Alzheimer’s, so much so in fact that Alzheimer’s has been referred to by many (both doctors Mark Hyman and David Perlmutter among others) as type 3 diabetes.  The elevated blood sugars and insulin resistance that create type 2 diabetes body-wide can lead to impaired utilization of glucose in the brain and accumulation of amyloid proteins. (If your body knows how to burn fat for fuel, you will make ketones in your liver and your brain will have an alternative fuel. If your body is stuck on carbs for fuel, your brain will starve in the setting of insulin resistance throughout your body.)

If you have type 2 diabetes and you’re overweight (if your waist measures greater than half your height), your best strategy for brain and overall health will be losing that extra fat through a low carb approach.

Secondly… a study recently published in the British Medical Journal followed 550 men and women from early middle age (about 43) for 30 years. Turns out that moderate and higher alcohol consumption was associated with an increased chance of certain aspects of cognitive decline and atrophy of the hippocampus (consistent with Alzheimer’s dementia) and other components. Here’s the rub: what counts as moderate?

All things (brain function and cancers of breast, prostate, and colon) considered, when it comes to alcohol:

Men might do fine with 0-2 drinks per day, keep it light if you’re at risk for Alzheimer’s.

Women will do better (breast cancer and brain) with 0-1 drinks per day.

Dementia: Prevention and Natural Treatments
Low Carb Weight Loss
Fad diets come and go, but in my practice, I follow the science more carefully than I follow the fads. In doing so, I have been tremendously impressed with the work of Gary Taubes, who has meticulously detailed the science behind the low-... [read more]
Solutions for Diabetes Type 2