Are you forgetting something? 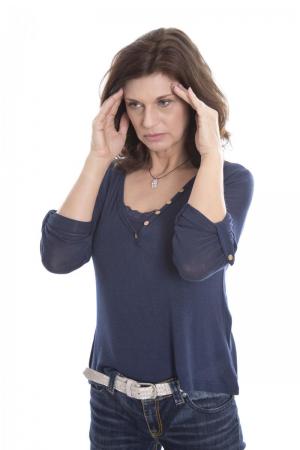 Most of us past the age of 50 notice that we are forgetting things from time to time, sometimes quite alarmingly. Out walking with a good friend, we encounter another and start to introduce our friends to each other… and we forget our close friend’s name! It comes right back in a flash, but we start to worry. Then we’re describing a recent problem with our car engine and forget the name of the part we had to replace. “But I just paid for that, of course I know it!... it’s a… a…. it’s an alternator!”

Forgetting nouns or proper names is not as alarming as something that is actually quite common, but often slides beneath our radar.

A new study just published in JAMA Neurology online  describes a novel investigation of brain function that sheds light on the development of Alzheimer’s disease. A group of 150 Wisconsin adults, average age of about 60, were studied for the activity level of different parts of their brain, as reflected in how well those regions were able to consume glucose and do their work.

The individuals with a greater degree of insulin resistance (including pre-diabetics, not just those with diabetes) used less glucose in the parts of the brain particularly affected by Alzheimer’s.

So what we may all be forgetting is to attend to our fasting glucose levels, and ask your doctor order a fasting insulin along with it! Then you can calculate your own insulin resistance score using this handy online tool and see how you measure up. If you’re inching upwards on your insulin resistance, then you are slipping downwards on your cognitive capacity. (Although most with insulin resistance are overweight, there are increasing numbers of normal or even low weight people who are what we call “skinny fat,” namely they have evidence of insulin resistance or other markers of pre-diabetes, yet still carry a normal body weight. This is seen more frequently in dieters who avoid fat and rely excessively on carbohydrates in their diet.)

It is completely within your power to reverse insulin resistance, the same way someone with outright diabetes would remedy that problem. If you’re curious how much of a diabetic-reversing lifestyle you follow, you can compare your diet and activity habits with those recommended in my diabetes article here.

Investing In Health Pays Off for Diabetics
Ketogenic Diet Better for Type 2 Diabetes
A recent study adds to the growing body of research evaluating low carbohydrate and very low carbohydrate diets. Working with a group of overweight and obese adults, all of whom qualified as either pre-diabetic or type 2 diabetics, researchers... [read more]
Weak Bones and Diabetes, Why?
It has been previously noted that diabetes raises the risk for osteopenia and osteoporosis, although the mechanism has not been well understood. Rather than focusing on blood sugar levels, the researchers in a newly published study compared bone... [read more]