And Your Pregnancy History? 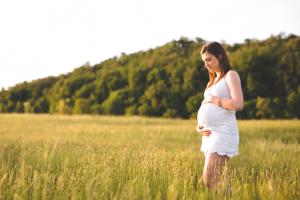 A recently published study opens up an area I hadn't considered before: the long term risks of cardiovascular disease in pregnancy.

It is generally well known to consider whether or not a woman has had diabetes in pregnancy (or a child over 9 lbs, which probably indicates undiagnosed diabetes in pregnancy), as either detail will raise her risk for future diabetes. Such women will probably have to be somewhat extra vigilant to avoid diabetes and its complications later in life.

In a recently published study (Theilen LH et al. All-cause and cause-specific mortality after hypertensive disease of pregnancy. Obstet Gynecol 2016 Aug; 128:238. , but not generally available), very large groups of women were studied for decades. The findings are summarized and free to read here if you want the details. Essentially what they found was that women who had either simple hypertension in pregnancy, as well as woman who had pre-eclampsia (hypertension, swelling, and protein in the urine), are both at markedly increased risk for both diabetes and cardiovascular disease later in life. Markedly increased!

I will add that question to my regular intake procedure.

When I chat with folks who are born with a tendency to have an "apple shape" (larger waist size) rather than a "pear shape," I console them that they have to probably be more careful than those both with a metabolism and genetic makeup that shapes them differently. It's not fair or unfair, it's just true.

Add to that: if you were perfectly healthy (usually the case) and had high blood pressure during your pregnancy, you are at increased risk for both diabetes and heart disease.

(This article particularly caught my eye: I was one of those healthy, but older, moms who had simple hypertension of pregnancy. Not as uncomplicated as I thought!)